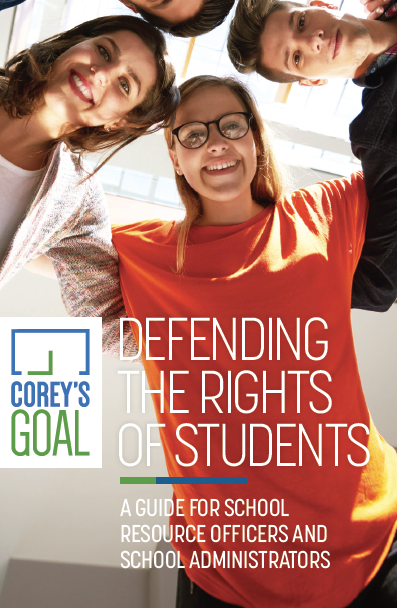 Illinois Governor J.B. Pritzker signed a bill on Aug. 23 that specifies the responsibilities schools have when interrogating students suspected of criminal activity.

The bill, House Bill 2627, explains that the school administration must attempt to contact the parent or guardian of a student before questioning them. It also states that they must “make reasonable efforts to ensure that a law enforcement officer trained in promoting safe interactions and communications with youth is present during the questioning.”

Even though this bill was just put in place, its policies are nothing new for Joliet West High School.

“We have always followed guidelines where we are contacting parents. The dean is contacting the parent as well as our police liaison will contact a parent,” explains Jo Wooten, one of the school’s assistant principals. “Those processes have always been in place.”

However, there is one part of the bill that is different from Joliet West’s usual procedures.

“We don’t necessarily always, in the past, did we always pull in a guidance counselor or social worker,” Wooten admitted. “So now with the change in the law, that will happen every time we’re interviewing a student.”

As Wooten mentioned, the bill also adds the task of ensuring that a mental health professional is present to the school’s responsibilities during an interrogation.

Although these guidelines don’t change much at Joliet West High School, other schools are going to have to modify their procedures.

A sophomore at Joliet West, who asked to remain anonymous, revealed that she had been interrogated by police at Washington Junior High School.

“Parents were never contacted, as far as I’m aware,” she disclosed. “I don’t think any of [the students being interrogated] got a call for parents, and there definitely wasn’t anyone who was, like, a mental health care professional.”

When asked how the experience would have been different had the bill been in place when it occurred, the student explained, “I think I would have felt more comfortable. It was a lot more, I think, scary because it was just a bunch of… you knew they were important people, like, looking at you, looking for answers, and you felt so pressured.”

She did further explain the benefits that this bill will bring by saying that a mental health professional would be beneficial to a student being questioned because they know when a student is under distress and would know the limits.

The bill was effective immediately after being signed. As Wooten disclosed, Joliet West High School has incorporated House Bill 2627’s policies into their procedures when interrogating students, but it is unclear as to whether other schools within Illinois have done the same.