The changes of political campaigning to appeal to younger voting pool 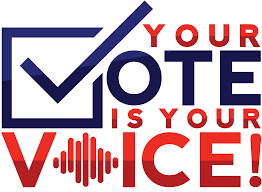 In years past, presidential campaigning has involved television commercials, billboards, political pamphlets and newspaper advertisements. With the 2020 presidential election arising, eligible campaigners are advised to shift their campaigning strategies to appeal to the younger voting pool.

Even though many voters will vote in favor of their political standpoint and values, a lot of people just vote simply for whoever looks familiar on the ballot. This is evident in the 2016 election when Donald Trump was elected because of the popularity he received during his campaign season. With social media becoming a large part of everyday lives, Trump’s approach to engage the younger generation obviously was successful.

However, a vast amount of people, even within the republican party, regret voting for president Trump but admit to doing so only because they recognized his name more than the other candidates.

Appealing to the new generation of voters can potentially be achieved in a variety of different approaches. Social media is the most distinct platform for advertising campaigns because it is easily accessible to the majority of the population, allowing candidates to get as much coverage as possible regardless of the political party they align with.

Some of the most used social media sites include Twitter, Instagram, Facebook, and YouTube. Among these, Twitter has been the most notorious for politicians and the general population to broadcast their political sharings and ideas. Senior Morgan Beene expresses her opinion stating, “I think it’s very important to campaign to the younger generation and use platforms such as Twitter to do so”.

Although all aspects of social media provide proven benefits in relation to voting outcomes, the growing video-sharing website YouTube has shown astronomical success with recent elections. Specifically, JB Pritzker running for governor for the state of Illinois won the election in 2018. He strategically had advertisements placed on YouTube videos to gain popularity within the state of Illinois. The reason that YouTube advertisements are preferred over other social media is because you cannot scroll past them like platforms such as Facebook and Twitter. Instead, you are required to wait for the advertisement to end before you are allowed to watch the video. Another reason why YouTube is such a beneficial platform is because it reaches lots of age groups, covering even more of the population and ultimately allowing people to recognize someone’s name when they are at a polling place

With times evolving and technology advancing, it is crucial for eligible presidential campaigners to use these platforms. If they choose to maintain the same campaigning techniques, they will not have as much success than if they use social media to appeal to younger age-groups.