Joliet West’s jack of all trades 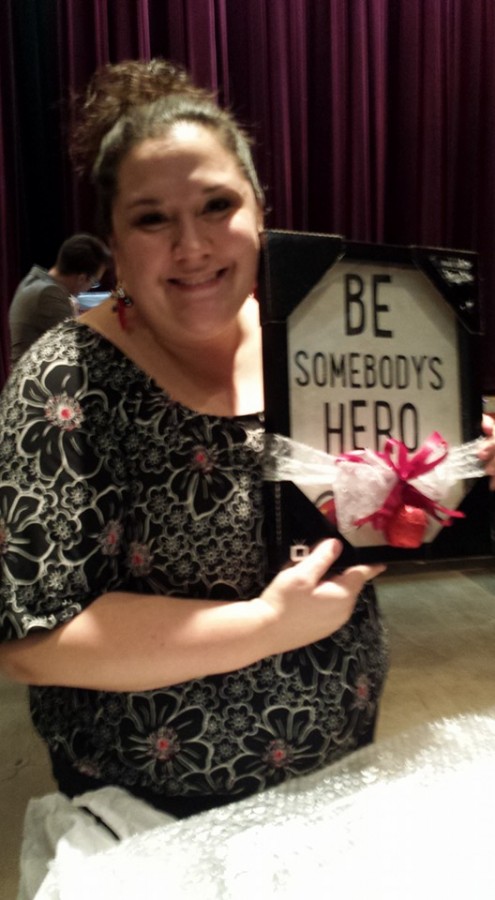 Sit in a room with English teacher Kristin Blake for even one class period and you become a fan. Between her larger-than-life personality and contagious laugh, right down to her true love for her job and the people she is surrounded by, it’s hard to not love her. “I love my job… I just think it’s the best job in the whole world and I wouldn’t trade it for anything,” she described, holding back tears.

Blake is on her tenth year teaching at Joliet West, with more than just pride for what she does. Blake is an English teacher and during her tenure she adopted the drama department, becoming head coach of Group Interpretation and Speech team and eventually overseeing the 2015 Fall Play production of “Drop Dead!” Blake is an extremely hard worker and all she does never goes unnoticed by neither her co-workers nor students.

Blake’s co-worker Jennifer Galloy described her by saying, “She is one of the hardest workers I know, she’s here early in the morning and stays until the late hours of the night.”  She works straight through the day, and in her down time still makes sure she is doing some type of planning for her team, classes or GI students. “I mean, if you are going to do something, you gotta do it right.” And by right she means doing whatever it takes to help her students, this practically means living at school.

“It’s a lot of hours but I honestly wouldn’t have it any other way.” Her busy times are all year around from speech team season to GI season, she doesn’t much time to just breathe. But one of her favorite parts of her job is how she affects her students. Junior Amy Gerwert said, “She brought me out of this strange shell I didn’t know I was in and I’m really grateful to her for that.” While other students feel an unbreakable closeness with her from all of the time spent with her and how much she cares for every student. Julia Valera added, “She’s become a mother type figure to me.”

Between everything Blake does, she leads a busy life that isn’t necessarily stress free. “Sometimes I wake up in the morning and I think I am not gonna see my bed for a long time, but that’s okay, it’s worth it,” she concluded. It’s no wonder Mrs. Blake is adored; her hard work, passion for everything she does, genuine concern for everyone and bubbly personality make her a valued teacher that West is lucky to have.