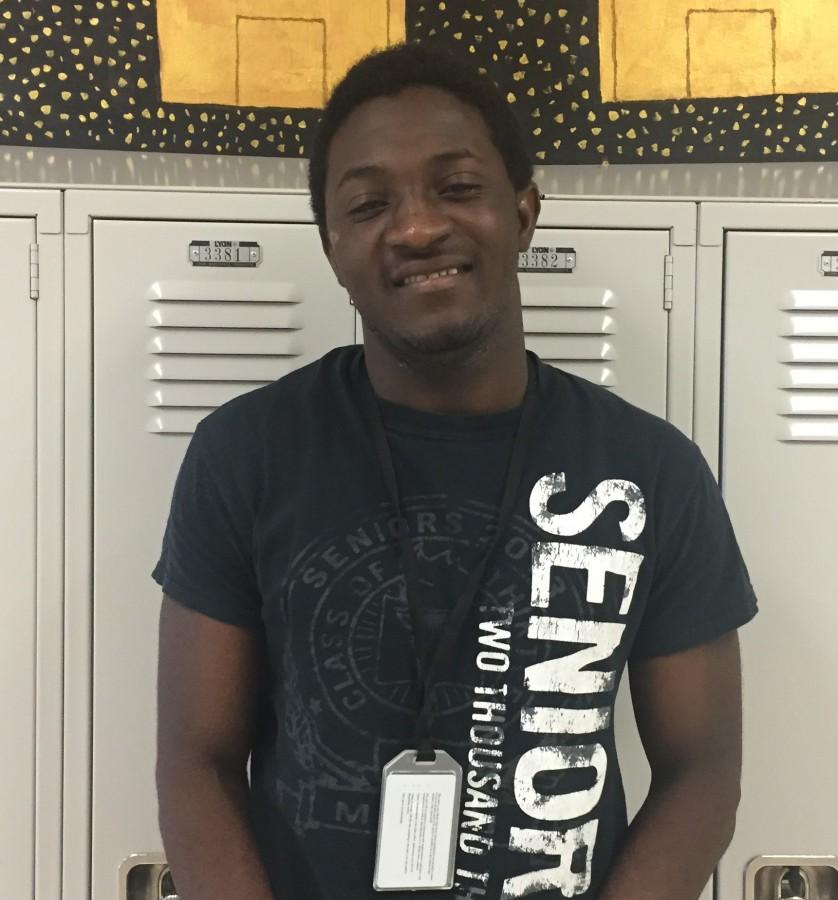 Kwadwo Bobie, a senior at West, has big dreams of continuing his education and becoming involved in professional soccer. Photo by Iaya Bacot.

“The beauty of the world lies in the diversity of its people.” – Anonymous. Our world is made up of people from different backgrounds, colors, religions and beliefs. Many of us don’t take the time to get to know others well. Each person’s life is a story waiting to be told, so go ahead and start reading!

Kwadwo Bobie was born on September 9th, 1997 in Kumasi, Ghana, Africa. Bobie has four sisters and two half-brothers. He lived in Africa with his family until he was thirteen years old.

In 2011, Bobie came to the United States to further his education. His first impression of the states was that it was beautiful, and he was intrigued by the architecture.

Bobie is a senior currently attending Joliet West Township High School. Like many seniors, Bobie is looking forward to graduation and college. He would like to become a doctor or professional soccer player.

When Bobie was about four years old, he and his father spent time together playing soccer. He is naturally talented at the sport. Bobie would like to travel to Europe to improve his soccer skills in hopes of joining a well-known team, such as Manchester United.

Aside from soccer, Bobie enjoys math, pizza and foods from his home country. His two favorite books are Beyond Talent by Angela Myles Beeching and Grief Child by Lawrence Darmani. Back at home, Bobie would pass the time playing video games or watching the entertaining anime “One Piece.”

Religion is an important aspect in Bobie’s life; he comes from a Christian background. Since coming to America, Bobie has realized that “life is short and you have to make everything possible to let your dreams or ambitions come true no matter the situation.”

Bobie enjoys living in the United States, but he also misses home. He hopes to one day be reunited with his family and friends.