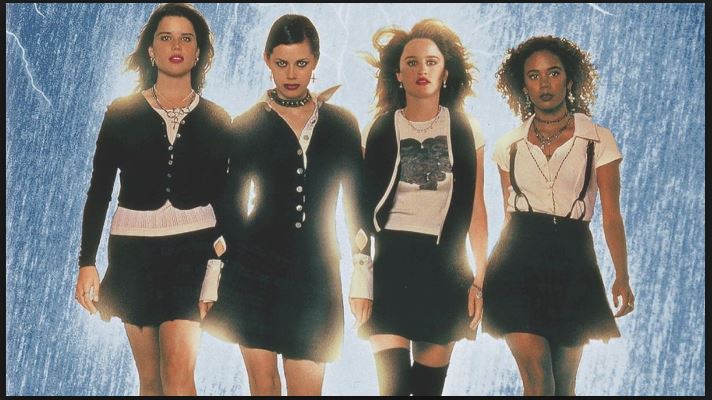 With Halloween upon us, there's no better time for a scary movie. The Craft, from 1996, is first on our list of recommendations. Photo courtesy of moviepilot.com.

October is upon us with dreary weather, crunchy leaves, and shorter days. With Halloween on the horizon, there’s no better time for scary movies.

The first movie on the lineup is the ‘96 thriller, The Craft. The film follows outsider Sarah as she moves to LA and begins attending her local Catholic school. Immediately, she becomes immersed with the group of girls rumored as “the Witches of Eastwick.” Not too long after, the real craft begins. Suddenly wishes, desires, and revenge aren’t so far off. But while it starts all fun and games, the girls come to see the dark side of magic and each other. A good watch for those in a spooky mood but not looking to be terrified.

Next up is the suburban horror film from last year, It Follows. Detailing Jay’s transition to adulthood, she is surrounded by retro décor and a nostalgic vibe (not to mention an alluring soundtrack). Scenes of this movie directly parallel ideas and cinematography of old 80’s horror flicks, so it’s a practical watch for any horror fanatic. The plot picks up after Jay’s sexual encounter leads to a mysterious, malignant entity beginning to follow her. “It could look like someone you know or it could be a stranger in a crowd. Whatever helps it get close to you.” The more you watch, the deeper the tension and paranoia unfolds.

Coming from 2008, the next suggestion is The Strangers. Kristin and James return to his family’s country cabin after a wedding reception on what should’ve been a romantic night. The cog in those gears started with Kristin’s rejection of James’ proposal, but soon enough extends to the appearance of the strangers. Unease grows into torment and then settles into pure survival as the couple try to grapple why the masked denizens are doing this and how they can possibly escape.

Finally we have the Evil Dead remake from 2013. A nice rehashing of the original ’81 and ’87 movies makes it a good watch for previous fans or newbies alike. The synopsis is this: five friends arrive at a nearly run down cabin in order to help coke addict Mia overcome her addiction and cope with her withdrawals. The scene goes awry when the cellar door flings open. It gets horrifying after one of them reads the Book of the Dead aloud. Cue the demonic possessions. The cure? Dismemberment. Live burial. Or be burnt alive. Heavy on the gore and even more so on the horror, see whose soul will escape unscathed.